When small is big. 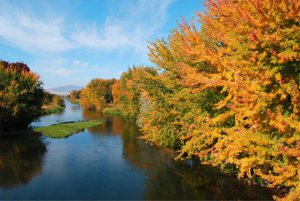 At first glance with a population of approximately 14,000 residents one might be tempted to think that as a community West Richland would have little to offer. But this is not the case. Offering quiet and safe neighborhoods, country living, and a general overall relaxed atmosphere West Richland has much to offer. But not only this, as part of the Tri- Cities area West Richland has access to all of the comforts and amenities traditionally associated with a larger city. Small town flavor with big city living.

Like other towns in the Tri-Cities area this part of Washington was inhabited by Native Americans who lived along the banks of the Columbia, Snake, and Yakima rivers. In 1805 Lewis and Clark passed through this area as part of their journey to the Pacific Ocean. Other explorers soon followed. Among the many explorers was Nelson Benton, a senator from Missouri and the author of Manifest Destiny. It is he for whom Benton County, with which West Richland is located, is named after. Originally as the West became more settled West Richland was part of the Oregon Territory but soon became part of the Washington Territory in 1853. Initially it was river transportation that allowed for the exploring and settling of this area but as time went on this was soon taken over by the completion of the Northern Pacific Railroad. This trend continued until eventually by the early twentieth century railroads became the mainstay of commerce and the movement of goods for West Richland and the surrounding areas.

Beyond celebrating its rich heritage West Richland also offers up an array of outdoor activities to choose from. With three major rivers in the area water and boating activities abound. For the more laid-back there is paddle boarding and canoeing. For the more adventurous options include jet skiing, boating, as well as water skiing. Whatever one prefers there is something for everyone.

In addition to this West Richland boasts a full assortment of other activities through their public park system. With over 14 publics parks to choose from there are numerous activities to immerse yourself in. There is a sports complex consisting of four separate playing fields with bleachers and a concessions stand as well. There are both community and neighborhood parks all offering up a variety of activities to choose from such as picnic facilities and playgrounds. In addition to this West Richland offers up its summer concert series. Everything from Jazz to symphony can be heard at these concerts. On the quieter side of things there is the Yellowstone Trail Community Garden where approximately 40 raised garden plots are available to rent on a first come first serve style basis. For our senior residents there is the West Richland Senior Center located near Glen Memorial Park. Besides offering numerous classes such as painting as well as host of other arts and crafts activities there are a variety of games that folks are welcome to join such as bingo or 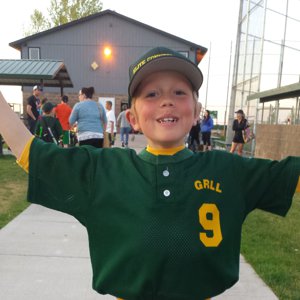 pinochle as well as the monthly potluck and ice cream get togethers. It all adds up to a wonderful opportunity to get to know your neighbors through these and other available activities.

Whether it be its safe neighborhoods, excellent schools,  or its abundant outdoor activities West Richland has much to offer for anyone looking for a place to call home. With such activities as the Hogs and Dogs Family Festival and numerous playing fields and sports

related activities for the kids such as Little League, Soccer Association, Wrestling and Football League West Richland is well suited as a place to raise a family. Throw in affordable housing and the solid job market of the area and one finds West Richland to be a winning combination.

Today we all know Bombing Range road leads us to the local grocery store but in 1940 Bombing Range Road was built for the access to the Navy bombing range.

Welcome to 548 Athens Dr in West Richland's desirable Belmont Heights! This 2017 built home is move in ready and feels brand new. The lower level features a bedroom with ...

This West Richland rambler floor plan is situated on a large lot and has three bedrooms, a den/office, two full baths, a three car garage and will be fully landscaped for...

MLS# 258633 Gorgeous custom currently being built! From the design and features all the way to the landscaping this home won't disappoint. Custom cabinetry are throughout...

MLS# 258620 Soon to be available space at the Paradise Plaza!Right next to Enterprise Middle School & Yoke's Grocery Store in West Richland. long term tenants and this wi...

MLS# 258325 Fantastic new build by Vanguard Home Builders. This spacious 2,231 sqft rambler will be all you need and more. Featuring 3 bedrooms, 2 baths, and 4 car garage...

MLS# 258303 Welcome to this spacious wonderful home located at Desert View MH Park located in West Richland. This property features a total of 4 bedrooms and 2 bathrooms....

IDX information is provided exclusively for consumers’ personal, non-commercial use and may not be used for any purpose other than to identify prospective properties consumers may be interested in purchasing. The data is deemed reliable but is not guaranteed accurate by the MLS. © 2022 PACMLS

What's My Home Worth

Coming Soon on the MLS